Venezuelan violist Adriana Linares is one of today’s most talented young Latin American artists. Her playing has been called “meltingly beautiful” by Naxos reviewers. Her recordings have been broadcasted on Public Radio: WRTI in Philadelphia, WCMU in Central and Northern Michigan, WPRB in Princeton, MPR in Minnesota, BBC in England and the Venezuelan National Radio.  Ms. Linares was the first prize winner in the Latin American Music Competition in Indiana University, the Kuttner Quartet Competition and the Solo Viola Competition at Indiana University, which earned her the honor of soloing with the Indiana University Symphony Orchestra. She also received the Annual Musician Award from the Bloomington Camerata, and was a recipient of the Starling and Barbera Music Foundation Scholarship.

Described by Grammy awarding violist Roger Tapping as “a violist of extraordinary merit and ability… [who is] not only excellent but also distinctive, characterful and individual.” Highlights of Solo engagements include her 2006 debut in Carnegie Hall with the American premiere of Venezuelan Composer Modesta Bor’s Sonata. She has been feature soloist with Arcos Juveniles de Caracas Orchestra, Virtuosi de Caracas, Middletown Symphony, the Illinois Philharmonic Orchestra and the Philadelphia Virtuosi Chamber Orchestra, with whom she performed and collaborated with the world premiere of American composer Howard Hanson’s Summer Seascape II, recorded under the NAXOS label.

As a devoted pedagogue, Ms. Linares is the Founder/Director of the ELITE STRINGS PROGRAM and DALI QUARTET CAMP…..that are under the umbrella of ArCoNet (The Arts and Community Network). Linares is also the Director/Founder of a new exciting and promising music program the ELITE STRINGS offering private, chamber and orchestral string training to students in the tri-state area. Linares serves as String and Chamber Music Adjunct Faculty at Kutztown University, and  has given coachings, lessons and master classes at prestigious festivals such as the Latin American Academy of Viola, Venezuela, the Campina Grande University in Brazil, the Meadow Lark Music Festival in Nebraska, the West Branch International Music Festival in New York, the Yellow Barn Chamber Music Institute in Vermont; Festival Nuevo Mundo in Maracaibo, Venezuela; University of Louisville; Laurier University in Canada, The FOSJA Seminar for Young Musicians in San Juan, Puerto Rico and Cleveland University.

Ms. Linares is the founder violist of the Dali String Quartet, PennPat artists in roster, an ensemble with whom she has embarked recording and performing projects around the USA, and recognized educational outreach in collaboration with the City of Philadelphia and surrounding counties. She regularly performs with the SATORI Chamber Players, the Harrisburg Symphony Orchestra, the Black Pearl Chamber Orchestra and the Philadelphia Camerata. Ms. Linares holds a Master’s Degree from Temple University where she studied with Curtis Director violist Roberto Diaz (summa cummlaudem), and a Bachelor’s Degree from Indiana University where she studied with distinguished violist Atar Arad (magna cummlaudem) 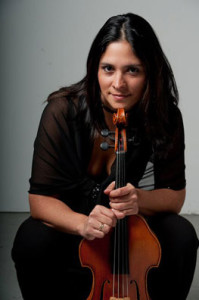 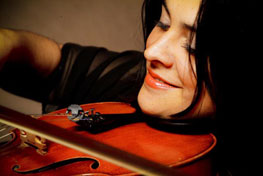 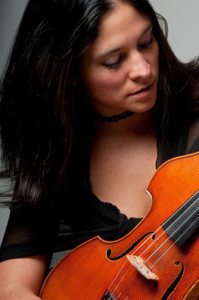