Christopher has gained extensive experience as a soloist, to include Concerto for Four Percussionists by William Kraft, Déjà vu by Michael Colgrass and Converging Worlds by Jonathan Leshnoff. He was most recently featured as soloist on William Childs’ Concerto for Percussion and Concert Band and Jennifer Higdon’s Percussion Concerto. As an international soloist, Christopher had an opportunity to perform Joseph Schwantner’s Percussion Concerto in Lucerne, Switzerland, in 2001. One critic described Christopher’s performance as “…virtuosity put at the service of music, not just entertainment, though it certainly achieved that as well.” He performed the Schwantner Concerto again at the 2004 Midwest Band and Orchestra Conference in Chicago, Illinois.

Mr. Rose has performed with symphonies in Houston, Chicago, Kansas City, Annapolis, Hagerstown (MD), Alexandria, Fairfax, and Galveston, as well as the National Symphony, Washington Symphonic Brass, and the New York City Opera. Additionally, he is a returning member of the Grand Teton Music Festival. He also spent five years as percussionist for Andy William at his famous “Moon River Theater” in Branson, Missouri. While with Andy Williams, he toured extensively throughout the United States, Japan, Korea, and Indonesia.

He is fluent in many musical styles including classical, jazz, rock, and Latin jazz, having performed and recorded with such artists as Kimberly Locke, Sheri Lewis, The Three Irish Tenors, Frank Russo, Bob Boguslaw, Ann-Margret, Placido Domingo, Andy Williams, John Williams, and the Summit Brass.

His performances with the HSO is in a civilian capacity and neither the United States Marine Corps nor any other component of the Department of Defense has approved, endorsed or authorized this activity. 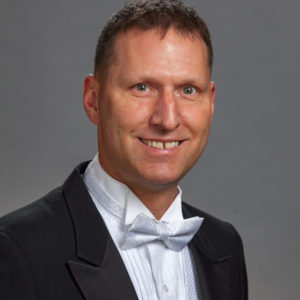 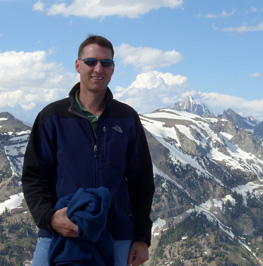