Cliff is a violinist from northern New Jersey.  He began studying the violin at the age of 5 at the Brooklyn Conservatory of Music in Brooklyn, NY.   In 1993, Cliff won first prize in the youth division of the Corpus Christi Young Artists Competition in Corpus Christi, Texas. Two years later, he was one of three American violinists selected to compete in Sendai, Japan, at the Tchaikovsky Competition for Young Musicians. Cliff is a graduate of the Eastman School of Music in Rochester, New York, where he studied with Mitchell Stern and Ilya Kaler.  He has been a member of the HSO since 2002, and regularly plays with groups such as the Pennsylvania Sinfonia, Shippensburg Festival Orchestra, Orchestra of St. Peter’s by the Sea, Metro Lyric Opera of NJ, and the NJ Philharmonic.  Cliff has given solo recitals in venues throughout the Northeast, including Merkin Hall in New York City, and spent several years performing and touring with contemporary composer Tim Janis and his ensemble.  From 2001 to 2009, Cliff gave private violin lessons and chamber music coachings at Newark Academy in Livingston, NJ.  He currently teaches violin and viola at the Westerhoff School of Music and Art in Metuchen, NJ.

Outside of his musical activities, Cliff is an avid naturalist and wildlife photographer.  He has been a birdwatcher since the age of 8, and has been on prizewinning teams at several competitive birdwatching events, including the Superbowl of Birding in Massachusetts and the World Series of Birding in New Jersey.  He regularly participates in surveys and research projects involving birds, reptiles, amphibians, and insects.  Cliff has also travelled across the United States and Costa Rica observing and photographing wildlife.  Many of his photos can be seen at www.pbase.com/cbernz

Cliff lives in Millington, NJ with his wife Gwen and their two children. 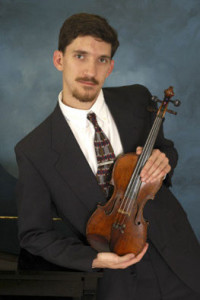