Daniel Pereira, from Caracas, Venezuela, is an active orchestral and chamber musician in the Cleveland area. Since 2006 he has been a member of the cello section of the Harrisburg Symphony Orchestra. He performs regularly with Cleveland Pops and has acted as a substitute cellist with the Cleveland Orchestra. Before moving to Cleveland, Mr. Pereira was a founding member of the Dali¬ String Quartet as well as a member of the Sturgis String Quartet and the Arkansas Symphony Orchestra. He has also served as principal cellist with the National Repertory Orchestra, Philadelphia Virtuosi and was co-principal of Red {an orchestra}. Daniel has appeared as a soloist with the National Repertory Orchestra, Emil Friedman Philharmonia and the Arcos de Caracas.

Mr. Pereira has participated in several music festivals including SummerFest La Jolla in California and the Sequoia chamber music camp in California where he served as faculty. Recent chamber music highlights include a performance of Modesta Bor’s Cello Sonata at Carnegie’s Weill Hall, frequent appearances in the Heights Arts chamber music series and performances of music by Cleveland composers such as Margaret Brouwer, Greg d’Alessio, Steven Griebling and Mary Ann Griebling. He received a Bachelor of Music at the University of Wisconsin-Madison and a Master of Music degree from the University of Southern California where he studied with Uri Vardi and Ronald Leonard respectively. 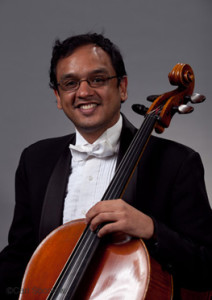