Atlanta native David Byrd-Marrow currently lives in New York, where he performs in a wide range of musical genres. He received his Bachelor of Music degree from The Juilliard School, where he studied with Jerome Ashby of the New York Philharmonic and William Purvis of the New York Woodwind Quintet. He continued his studies with Mr. Purvis at the State University of New York at Stony Brook, where he received his Master of Music degree. David has appeared with the Tokyo and Atlanta symphony orchestras and the Orchestra of St. Luke’s, and has collaborated frequently with the Argento Ensemble and the International Contemporary Ensemble. He has performed as concerto soloist at the Brevard Music Festival and has also performed at the Music Academy of the West in Santa Barbara, California, and the Festival dei Due Mondi in Spoleto, Italy. David holds the Baisley Powell Elebash Fund Fellowship this season; as part of his fellowship program, he taught in Brooklyn at the Vincent D. Grippo School, PS 69 K. 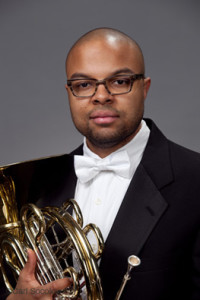