Born in Caracas, Venezuela, Francisco Salazar Vara began his violin studies at age 6 with Secondo Pegoraro, and continued with Joes Francisco Del Castillo. Having made rapid progress, Francisco soon made his debut as a soloist with orchestra at age 8. Since then he has performed extensively as a concert violinist and has toured North and South America, as well as Europe with The Simon Bolivar Orchestra of Venezuela. While in Venezuela he also played for legendary violinist Henrik Szeryng and performed in Master Classes by Augustin Dumay, Olivier Charlier and Yossi Zivoni.

Francisco came to the United States to attend the prestigious Meadowmount Summer School and The Juilliard School where he obtained his BM and MM degrees as a scholarship student of Margaret Pardee. While at Juilliard he was coached by Jonathan Feldman, Jacob Lateiner and Toby Appel. Francisco has been active on the concert platform as both soloist and chamber musician, having performed in many prestigious venues including Avery Fisher Hall, Alice Tully Hall, Paul Hall, Merkin Hall, Carnegie’s Weill Hall, Bargemusic, Kimmel Center and others, and collaborated with artists such as Mark Peskanov and the late Ruth Laredo.

Francisco played for several years with the New Jersey Symphony and has performed as Concertmaster with the Harrisburg and Lancaster Symphonies as well as the Jupiter Symphony and The Juilliard Orchestra with which he toured Japan and Korea. He has played under the baton of notable conductors such as Pierre Boulez, Kurt Masur, Seiji Ozawa, Stanislaw Skrowaczewski, and many others.

Francisco has also been a winner of the MTNA competition, a finalist in the Five Towns competition and semi-finalist in the Concert Artist Guild Competition. Currently Francisco resides in New York City, is a member of the Harrisburg Symphony, and maintains a busy schedule as a soloist and chamber musician with the Lautreamont Chamber Ensemble and others in the NYC area. 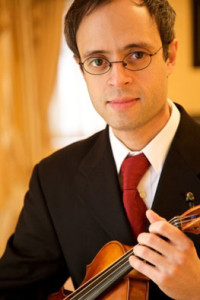 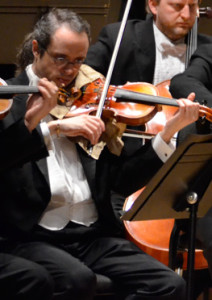 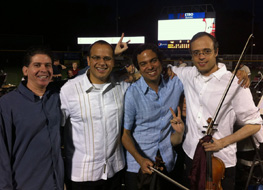