Geoffrey Pilkington joined the Washington National Opera, at the John F. Kennedy Center in 2004. He was appointed as 4th horn, while completing his degree at The Juilliard School, on scholarship to study with Julie Landsman, former Principal Horn at the Metropolitan Opera. Geoffrey spent his final year of study abroad, at The Royal Academy of Music, London. An accomplished recitalist, Geoffrey won Grand Prize at the International Horn Competition of America, 2009. Performing as guest principal with the Florida Orchestra in 2010, he was critically praised in the St. Petersburg Times as he “…deftly handled the tricky rhythms of his solo that opened Till Eulenspiegel’s Merry Pranks.” Last summer, he performed Wagner’s Ring Cycle with the San Francisco Opera, under the direction of Maestro Runnicles. Mr. Pilkington joined the Harrisburg Symphony in 2011. 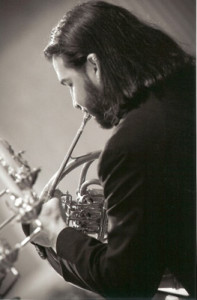 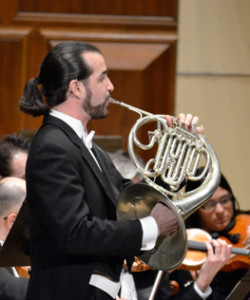 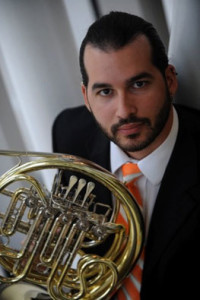