Cellist Jennifer DeVore received her BA in Art History from Harvard University before earning her Masters degree from the New England Conservatory, where her teachers were Colin Carr and Laurence Lesser. An active chamber musician and soloist, she has appeared at Lincoln Center, Merkin Hall, Zankel Hall and Weill Hall and at the Musicorda, Yellow Barn and Spoleto festivals. Groups she has played with include the Brooklyn Philharmonic Orchestra, Ensemble Pi, the Jose Limon Dance Company, and the Metamorphosen Chamber Orchestra. She is also a member of the Harrisburg Symphony. As a member of the Lumina String Quartet, Ms. DeVore has toured Russia and the Ukraine. Travel with other chamber groups has included concerts throughout Southeast Asia, Europe, Israel and Costa Rica. A champion of contemporary music, Ms. DeVore has worked closely with composers John Cage, Ornette Coleman, and John Zorn, has premiered many solo and chamber works, played in the Bang-On-A-Can Marathon and on WNYC’s “New Sounds,” and has recorded pieces by Cage and Xenakis, as well as pieces by many American composers. Her diverse interests have led to recordings and performances with artists such as Il Divo, DJ Spooky, East Village Opera Company, Josh Groban, Laura Brannigan, Suzanne Vega, the Trans-Siberian Orchestra and many independent bands in New York. Television appearances include spots on Good Morning America, Live with Regis and Kelly, and the CW11 Morning Show. She teaches at the Packer Institute in Brooklyn and privately. 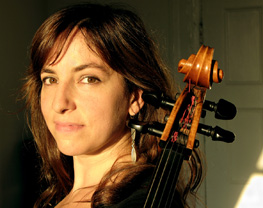