Lisa Holovnia Welty has resided in York, Pennsylvania for the past 30 years. A native of Massachusetts, she began her musical career from an early age observing her family, talented jazz musicians in their own right. She began her violin studies in the Shrewsbury, MA school system with an accomplished local symphony player and teacher, Mr. Ted Langille.  Her studies continued with Mr. Ron Knudsen of the Boston Symphony Orchestra, Beverly Mohatt, and Dr. Zoltan Szabo at Towson University (a student of Joseph Gingold ).
Ms. Holovnia has performed with the Worcester Consortium Orchestra under the direction of Mr. Bob Manero and as a freelance musician in Worcester, MA.  She currently works as a freelance musician throughout the Central Pennsylvania area as well as with the Harrisburg and York Symphony Orchestras.

In her spare time, Lisa enjoys riding her motorcycle (if you see someone with a pink violin case on a Harley, that’s her!), digging in her garden and crocheting.  She, and her husband Jim, are volunteer firefighters in York City. 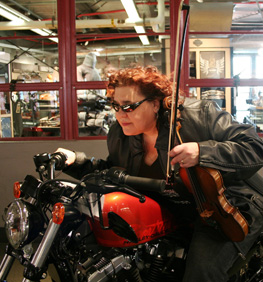 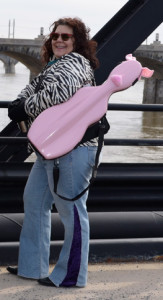 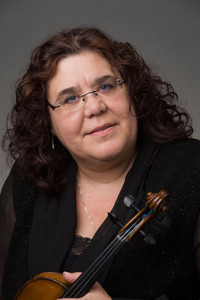