Cellist Naomi Gray is a freelance performer and teacher in the Philadelphia area. Recently appointed Associate Principal Cellist of the Delaware Symphony and section cellist in the Harrisburg Symphony, she also frequently appears with the Black Pearl Chamber Orchestra, Lancaster Symphony, and Ensemble Chamber Music Now!

In 2008 Ms. Gray completed a three-year fellowship as a member of the New World Symphony in Miami Beach, conducted by Michael Tilson Thomas.  During her tenure, she collaborated with such renowned artists as Paula Robison and Yo-Yo Ma, for whom she also performed in a master class. Ms. Gray has performed under Sir Roger Norrington, the late Sergiu Commissiona, and Stéphane Denève and has also led the cello section of the Pacific Music Festival Orchestra under the direction of Valery Gergiev.  Concerto appearances include those with National Repertory Orchestra and the Endless Mountain Music Festival Orchestra. Ms. Gray was a teaching assistant at University of Southern California and has coached chamber music at the National High School Music Institute at Northwestern University. She has also been on the faculty at the New York Summer Music Festival. Ms. Gray earned dual undergraduate degrees in Cello Performance and Psychology from Northwestern University and an M.M. degree from the University of Southern California. 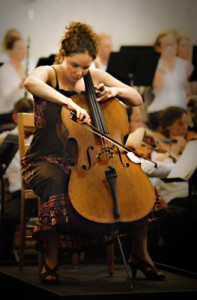 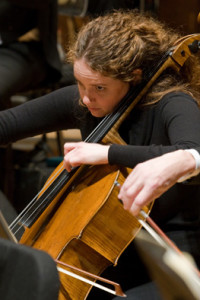