As a young bass guitarist growing up in the Philadelphia area in the early sixties, Paul Klinefelter was an avid fan of the English wave of blues/rock bands of the time. Gradually, he became interested in the American originators of that music, such as the great bluesmen Muddy Waters and B.B. King. After briefly attending art school in 1969, Paul’s musical impulses eventually proved stronger, and he struck out on a three year stint with Jim McCarthy and Soul, a hard-driving Chicago blues band. Around this time, he was also exposed to jazz, listening to WRTI during band breaks at the West Philadelphia League of Republican Voters, a late-night private club where the focus was more on drinking than politics.

Eager to explore the richer harmonic vocabulary of jazz, Paul began studying with Tony D’Addono, who also suggested he learn the double bass. In 1973, Paul purchased his first upright bass and embarked on classical studies with Eligio Rossi of the Settlement Music School. His classical training continued with Lou Kosma (Metropolitan Opera Orchestra) at Temple University, then with Neil Courtney (Philadelphia Orchestra) at University of the Arts where he eventually earned a diploma in classical double bass performance.

Paul’s eclectic background has allowed him to wear many hats in his multi-faceted career. He has been a member of the Harrisburg Symphony Orchestra since 1989, performing in the bass section as well as on bass guitar for pops concerts. He is also in high demand in the Philadelphia area as a jazz bassist (where WRTI voted him “Best Jazz Bassist” in 1982). Returning to his blues roots, he has recently been performing with Johnny D’Francesco’s Power Trio, a high-energy blues band with a focus on improvisation. Whether in a jazz club setting, blues festival, recording studio or concert hall, Paul always performs with the high level of artistry and musical integrity that is his hallmark. 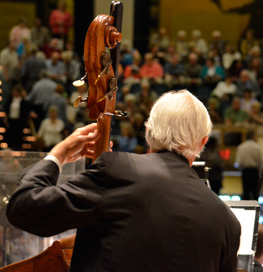 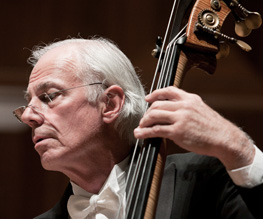 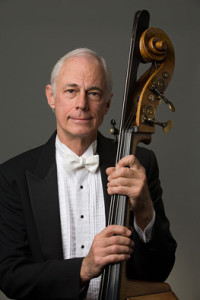