Petula Perdikis, a Canadian citizen and a Delaware resident, has been substituting with the Delaware Symphony Orchestra since 1988 while a music student at West Chester University. Upon completion of her Masters in Music Performance at the Eastman School of Music in 1991, Ms. Perdikis accepted a position with the New World Symphony in Miami Beach, Florida. They toured England and Scotland plus various parts of Florida. Ms. Perdikis moved back in the Delaware area in 1992. Since then she has played with various organizations including the Northeastern Philharmonic, the American Symphony in New York, the Princeton Chamber Orchestra, and the Philadelphia Singers/Concerto Soloists. From 1990-1993 during the summer months, Ms. Perdikis participated in the Aspen Music Festival under a full fellowship. The summer of 1994, she spent in Germany at the Schleswig-Holstein Musik Festival where they toured Germany and Denmark under Mistlav Rostropovich. Ms. Perdikis began playing the violin in 1977 at the age of 10 under the instruction of Estelle Frankel. 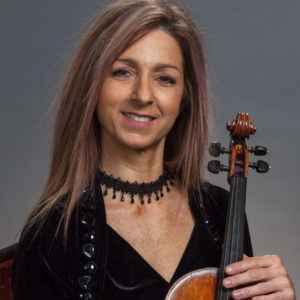 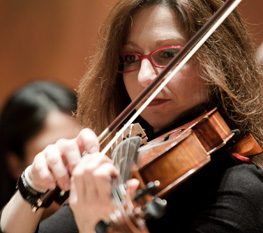 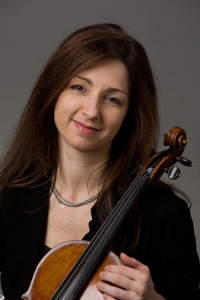