Phil Snedecor attended the Eastman School of Music in Rochester, New York, where he received the prestigious Performers Certificate. While earning his degrees in trumpet performance he also studied arranging and composition with Professor Rayburn Wright, formerly arranger for Radio City Music Hall. Mr. Snedecor is a former member of the Baltimore Symphony Orchestra, and has held one year positions with the National Symphony the Kennedy Center Opera House Orchestra and Baltimore Opera. He has recorded under the RCA, CBS, Gothic, Koss, Summit, and Warner Classics labels. Phil’s solo CDs, ‘ The Lyrical Trumpet I and II “ are available on the Summit Label. Phil Snedecor is a noted and greatly sought after composer, arranger and master teacher of brass instruments and ensembles, with a particular specialty in arranging for large brass ensembles. Most recently he was commissioned by Opera America to create special arrangements for Opera Honors in Washington D.C. and to compose special arrangements for the 2010 Horatio Algers awards at the Newseum in Washington D.C. He has composed numerous brass instruments etude studies and technique books. His compositions have been published by Robert King Music Sales, Inc., Sheet Music Services of Portland, and his arrangements are also available through his website, www.philsnedecor.com. He has recordings available on the Summit, Warner Classics, Gothic, RCA Red Seal, Crystal, and CBS Masterworks labels, among others. 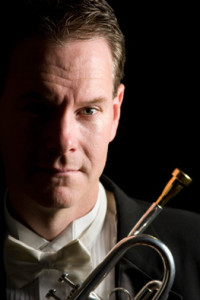