Richard plays bassoon and contrabassoon with the HSO, and has also played saxophones at various times with the orchestra during the past almost 30 years.

He doubles on all the woodwinds and enjoys playing in pit orchestras for musicals. He enjoys early (i.e., Medieval & Renaissance) music and instruments (recorder, viols, cornetto, crumhorns, sackbutt, cornamusen, shawms, racketts, dulcians, etc.) and is currently the Music Director of the Baltimore Chapter of the American Recorder Society.

He’s a former member of the U.S. Army Field Band in Washington D.C., the Army’s Premier Musical Touring Organization, and he freelances in the Baltimore and southern PA area.

His ‘day-job’ is in medical credentialing, (which he actually enjoys!).

His extra-musical passion is bicycling, and he’s proud to say that he recently completed the (butt-numbing) 140 mile “Ride for the Feast” which was a benefit for Baltimore’s Moveable Feast, a non-profit organization which provides nutritious meals for low income people living with HIV, breast cancer, and other life threatening diseases. The ride has raised over $525,000 for the organization, all of which will go to providing food for its clients. 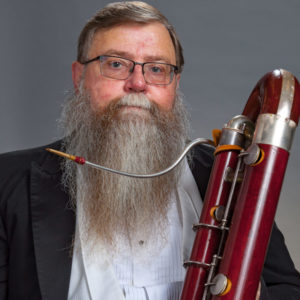 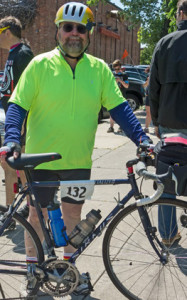