Scott McIntosh was born in Carbondale, Illinois and raised in Austin, Texas where he received his Bachelor of Music degree from the University of Texas.  He went on to receive his Master of Music degree from The Juilliard School in New York City.  As a freelance musician in New York, he has performed with the New Jersey Symphony, the American Symphony, the Metropolitan Opera, the Long Island Philharmonic, the New York Philharmonic as well as many other chamber ensembles in the New York area.  In addition to his position with the Harrisburg Symphony, he is principal trumpet with the Hartford Symphony.

As a soloist, he has toured Austria, France, Germany, Italy, Romania, the Soviet Union, Canada, and the United States.  His concerto engagements have included appearances with the Bucharest Philharmonic Orchestra and Tirgu-Mures Chamber Orchestra in Romania, the Brooklyn Bach Festival Orchestra, the Scandinavian/American Chamber Orchestra and the New York Bach Ensemble in NYC, the Humbolt State Chamber Ensemble in Arcata, CA, the Highland Lakes Festival Orchestra in Austin, TX, the Riverside Sinfonia in Lambertville, NJ, the Haddonfield Symphony Orchestra near Philadelphia, and the Hartford Symphony.  Mr. McIntosh regularly performs in and around New York City.

While a member of the Saturday Brass Quintet, he received the coveted First Prize in the Walter M. Naumburg Competition, May 1990.  Mr. McIntosh has also won First Prize at the 1986 Korwin International Music Competition, and was a finalist at the 1986 Munich Competition.  He has served on the “distinguished artists” roster of both Affiliate Artists and Young Audiences.  Scott currently resides in New York City with his wife and son.  His wife is a visual artist and their son studies piano at the Special Music School (P.S. 859) in New York City. 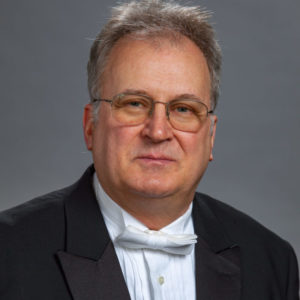 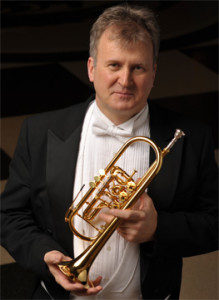