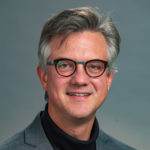 Maestro Gregory Woodbridge began studying piano at the age of 7 and violin at the age of 9. He holds degrees from Penn State University where he was assistant conductor for the Penn State Philharmonic, the Penn State Chamber Orchestra, and the Central Pennsylvania Youth Orchestra.   Additional conducting studies include the Pierre Monteux Conducting Institute in Maine with Michael Jinbo; Leonid Korchmar (Kirov Opera and St. Petersburg Conservatory); Ennio Nicotra (founder of the Musin Society); and most recently Gustav Meier and JoAnn Falletta at the Conductor’s Institute Richmond Symphony Masterclass.

Woodbridge was recently honored by the Penn State School of Music with their Distinguished Alumni award for his work with youth orchestras, including the Hershey High School Symphony Orchestra, a 110-member orchestra that won a performance spot at the PMEA All-State Conference in April 2010.  He was also the Music Director and Conductor of the Wednesday Club Youth Orchestra (Harrisburg, PA) from 2000-2007, a highly selective string orchestra that had the distinct honor of performing with fiddler Mark O’Connor on two separate tours to the Harrisburg area.  In 2010, Mr. Woodbridge was named a Conducting Fellow with the Allentown Symphony by their Music Director, Diane Wittry. 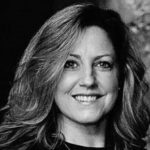 Krista Kriel has been teaching music for over 25 years, most recently in the Gettysburg School District. She holds a Bachelor and Masters Degree in Music Education. She has conducted the Harrisburg Symphony Junior Youth String Orchestra since 2011.

Krista conducted the District 7 String Fest in 2008, the Dauphin County High School Orchestra Festival in 2010, and the Dauphin County Elementary Orchestra Festival in 2016 and 2018 and Bucks County Junior High Festival in 2019. In 2011 Krista spent a semester as an Adjunct Assistant at the Sunderman Conservatory at Gettysburg College, teaching a collaborative Instrumental Methods class. She was a clinician at the 2012 PMEA Conference, presenting a clinic on Developing School-Collaborative Partnership Models across the state of Pennsylvania. In the fall of 2015 she presented Orchestral Repertoire for the High School Orchestra at the PMEA District 7 Fall Workshop. In 2016, Krista presented Implementing Chamber Ensembles in the Middle School Curriculum at the PMEA District 7 Fall Workshop and at the Pennsylvania State Convention in 2018. Krista continues to conduct Middle School Orchestra, lead violin master classes, and coach chamber ensembles annually at the Messiah College Orchestra Camp and coaches annually at the Chamber Camp.  As a middle school orchestra director, Krista has given master classes to orchestras in Pennsylvania and Maryland, and has adjudicated festivals in Virginia, and for Music in the Parks.

Krista has three daughters, Ashley, Hannah and Paige, and resides in Gettysburg with her husband, Dan. 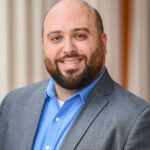 Nelson Rodriguez-Parada is a music educator from Tampa, Florida and a graduate of Belmont University in Nashville, TN and The Hartt School of Music in Hartford, CT in music education. Nelson began his career in 2010 as the orchestra, chorus and modern band director at Spoto High School in Riverview, FL. Before moving to Central Pennsylvania, he was the General Manager for the Detroit Symphony Orchestra’s Civic Youth Ensembles, serving over 1,000 students in Detroit and directed the DSO’s community symphony orchestra, dedicated to giving adults lifelong music playing opportunities, regardless of prior experience.

Nelson currently serves as the orchestra and modern band director for Shamokin Area Middle and High Schools. In addition to his role in Danville, Nelson teaches double bass, guitar and string teaching methods at Susquehanna University and teaches the Susquehanna String Orchestra, a community-based orchestra that gives Susquehanna University music education majors practical conducting and teaching experience as well as an ensemble experience for string students of all ages in the Susquehanna Valley. Nelson also conducts the Harrisburg Symphony Orchestra’s Elementary String Orchestra giving many students their first experience in an ensemble setting.

Nelson’s mission as a music educator is to give students learning experiences they can use through the rest of their lives whether or not they decide to pursue music professionally, and to use music as a social and developmental outlet for everyone in both the ensemble and the audience. Nelson lives in Selinsgrove, PA with his wife Adrienne, daughter Lucy, and a dog named Phoebe. 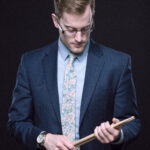 Mark Hunsberger serves as the Director of Education and Youth Symphony Administrator for the Harrisburg Symphony. He previously served as the Performing Arts Coordinator for Messiah College as well as the HSO’s teaching artist for the Link Up program created by Carnegie Hall. In addition to his work with the HSO, Mark maintains an active performance schedule and serves as a faculty member at Central Penn College and Messiah University. 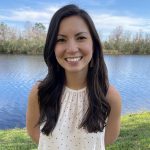 Tatiana Cassetta is an active teacher and performer throughout Central Pennsylvania. She holds teaching positions at State Street Academy of Music, the Columbia School of Music, Penn Square Music Conservatory, STEAM School of Pennsylvania, and Fairmont State University (WV). Tatiana had her solo debut at Carnegie’s Weill Recital Hall in 2017 after winning first prize in the Golden Classical Music Awards. She has won various competitions and awards including First Prizes in the MTNA Young Artist Competition, West Virginia University Young Artist Competition, and the Flute Society of Kentucky Chamber Music Competition, and has been a finalist in the Fischoff Chamber Music Competition and the Erve Monroe Young Artist Competition. Tatiana is a founding member of BETA Quartet, presenting concerts and workshops around the country.